Improving Your English is reader-supported. Some links on this page may be affiliate links which allow us to earn commission at no extra cost to you. Full terms here.

As winter draws near, you might want to know some winter idioms which you can use to talk about this cold and frosty season. Whether the weather is snowy and icy outside, or just generally cold, these expressions will help.

You’ll also find some ice and snow idioms which actually have nothing to do with winter! But that’s to be expected, since idioms can’t be taken literally.

We have included meanings and example sentences with these winter-themed idioms so you can learn how to use them correctly. 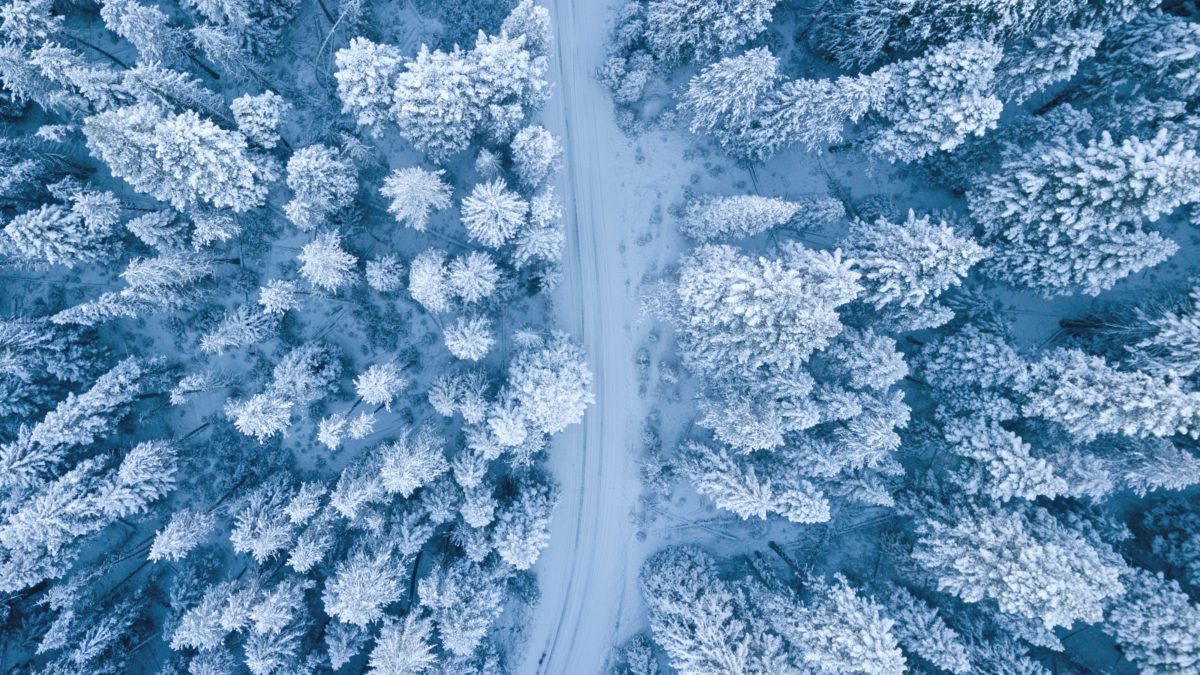 Winter idioms to talk about the cold

There aren’t many English idioms which contain the word ‘winter’, but there some winter weather idioms which might come in handy when it’s cold outside. You may also want to check out these cold idioms.

A cold snap is a short period of cold weather at a time when temperatures are not usually so low.

“I thought we were over the worst of winter, and then this cold snap hit.”

We could also call this a cold spell. These are most likely to occur during spring and fall (autumn).

The phrase freezing cold may be used literally, when the temperature is below zero degrees Celsius (the freezing point of water). However, it is just as often used to mean ‘very cold’. You may also use the word ‘freezing’ alone to mean the same thing.

A warm drink can certainly help in this situation, so check out some coffee idioms and tea idioms as well.

To bundle up means to dress in layers of warm winter clothing. It usually involves applying a winter coat, scarf, hat and gloves to a child or baby.

“You’d better bundle the children up well today; it’s the coldest day of the year so far.”
“Everyone bundle up! We’re going for a walk in the forest.”

This phrasal verb may be used transitively or intransitively, as shown in the examples above.

Wrap up has a lot of meanings in English. When used as a winter idiom it has a similar meaning to bundle up, except that it doesn’t have to refer to outdoor clothes and it can be used for adults as well as children.

“If you don’t wrap up warm tonight you’ll freeze!”
“Let’s all wrap up well before we go outside.”

In this context, it’s most common to say wrap up warm.

Snug as a bug in a rug

Once you are bundled up or wrapped up, you might feel as snug as a bug in a rug. This lovely assonant expression describes a feeling of being warm and snug.

“You look snug as a bug in a rug under that new blanket.”

The dead of winter means the coldest part of the season, right in the middle, when you are least likely to see signs of life.

“Hedgehogs hibernate through the dead of winter.”

The dead of night has a similar meaning; it’s the part of the night when things are the quietest. 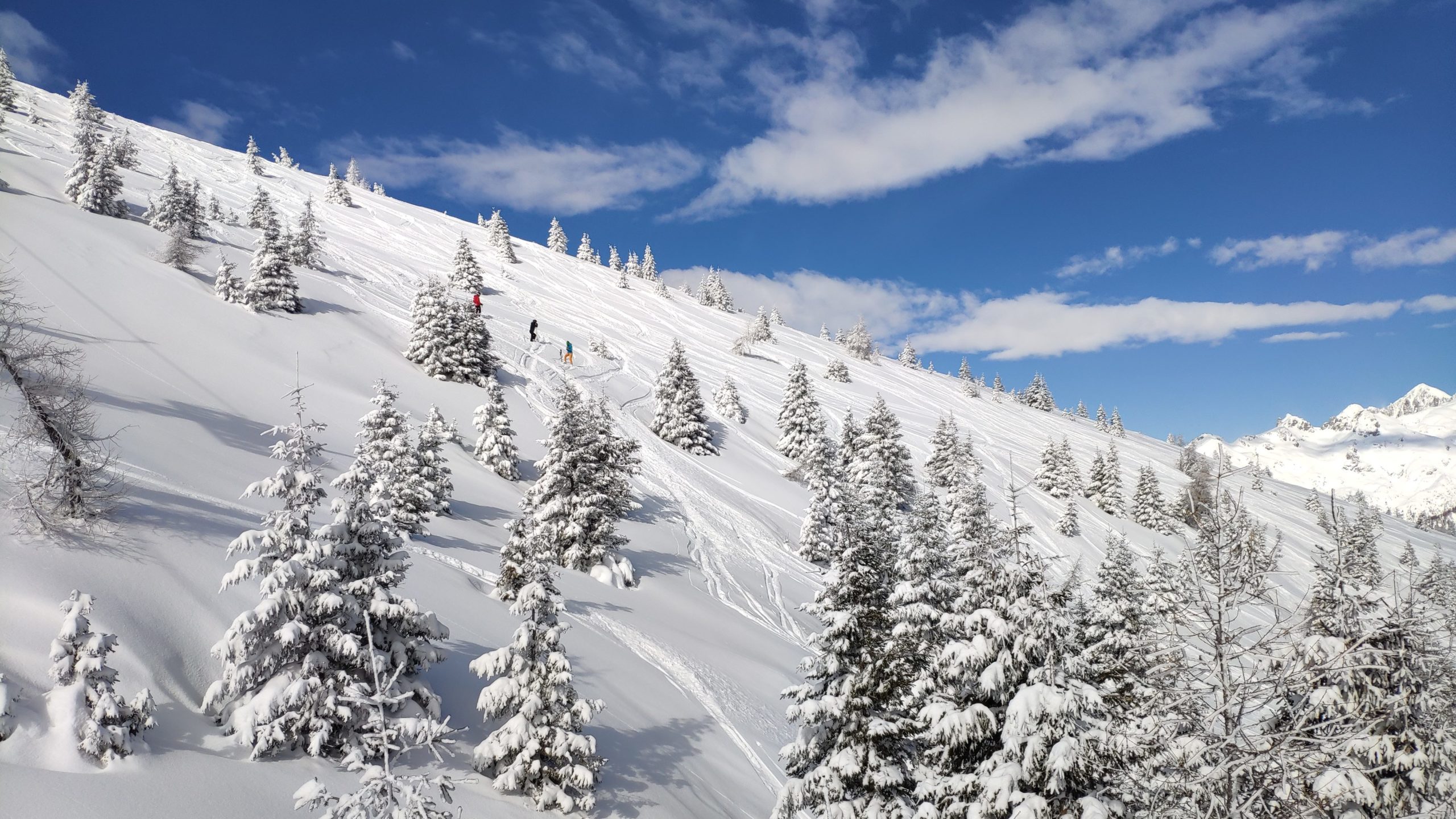 Next, some snow idioms – although most of them don’t actually refer to snow itself.

When it snows heavily and you can’t go anywhere, you could say you are snowed in or snowbound.

“We spent half our holiday snowed in at the ski lodge; what a waste!”

Note that snowbound is more commonly used in American English.

Heavy snow may also cause a snow day; a day on which the schools (and sometimes offices) are closed because not enough people can travel to them.

“The kids were so excited to hear it’s a snow day today.”

During a snow day, children often bundle up and build a snowman, have a snowball fight or go sledging. These idioms about happiness might come in handy!

You are snowed under if you are exceptionally busy or feel overworked. Imagine yourself buried under an avalanche of paperwork or emails.

“I’m so sorry I couldn’t make it to lunch. I’m snowed under at work.”

You can discover some more business idioms if you want to talk about your workload in other ways.

A snowball gathers more and more snow as it rolls along, quickly growing in size. In the same way, the term snowball effect refers to a situation in which an initially insignificant thing becomes larger and of greater consequence, building momentum as it grows. It can be used in both a positive and a negative sense.

We can also use ‘snowball’ as a verb to mean the same thing.

“The problem snowballed until it couldn’t be ignored any longer.”

As white as snow

Not necessarily an idiom, but when we want to emphasise the pure ‘whiteness’ of something, we often say it is white as snow.

“The bride wore a dress as white as snow.”

The fairytale Snow White tells the story of a girl who was so named because her skin was white as snow.

If it snows on December 25th, Christmas Day, we call it a white Christmas. This is quite a common Christmas saying – you may be familiar with songs or a movie with this title.

“White Christmases are so magical! I hope it snows this year.”

This is a fun winter-themed expression to include here. When we say that someone could sell snow (or ice) to Eskimos, it means they are an incredibly persuasive salesperson and can convince people to purchase something they don’t really need. Eskimo people live in Arctic regions full of snow, so of course they would have no need to buy it!

You can try making up your own funny alternatives:

Finally we have some ice idioms. These tend not to have anything to do with winter weather, but can be used to talk about all kinds of other situations.

Tip of the iceberg

When we talk about the tip of the iceberg, we’re referring to the fact that the part of an iceberg that you can see above the water (the tip) is much smaller than the part hidden underwater.

This idiom is used when only a small portion of something can be seen or understood and the larger part is yet to be revealed or discovered.

“The government’s recent tax hikes are just the tip of the iceberg.”

Although it can be used in positive contexts, this is more often an idiom about bad situations.

Put something on ice

“I’m going to have to put these expansion plans on ice until we have the budget confirmed.”

To break the ice means to relax an awkward or tense situation, or to initiate social interaction.

“This party is so dull! What can we do to break the ice?”

You might do this via an organized icebreaker activity. Surprisingly, this is an idiom from Shakespeare’s works.

This phrasal verb literally means to become frozen or icy, but we can also use it in a figurative sense. Then, to freeze up means to stop working (of an object), or to become so scared or tense that you can’t continue.

“I totally froze up at that job interview. I could hardly speak!”
“My dad’s computer froze up so I told him to restart it.”

Brain freeze also has a couple of meanings. It can refer to the type of headache you get from drinking a cold or frozen beverage too fast. Or, it can mean the feeling you get when you freeze up and can’t think properly.

“I’m trying to remember that guy’s name but I’m having a brain freeze.”

If you are in a risky position, very close to trouble or danger, we might say you are walking on thin ice. Imagine that the ice could crack and break at any moment, and you would fall into the freezing water.

“Saskia is walking on thin ice by turning up late to work every day. Her punctuality needs to improve.”

So, there you have some great winter idioms and some which are not-so-wintery but still sound cold! Can you think of any others? Leave a comment below to share them. And if you want to warm up your words, check out some summer idioms next.

Do you want to be more confident using English? Why not try Grammarly's free proofreading tool. It checks as you write and helps you correct and improve your spelling and grammar.

This site uses Akismet to reduce spam. Learn how your comment data is processed.

Be the first to hear about new posts

Word of the Day